Half Day Lord of the Rings Tour

Dive behind the scenes of Lord of the Rings and discover filming locations and other secrets! 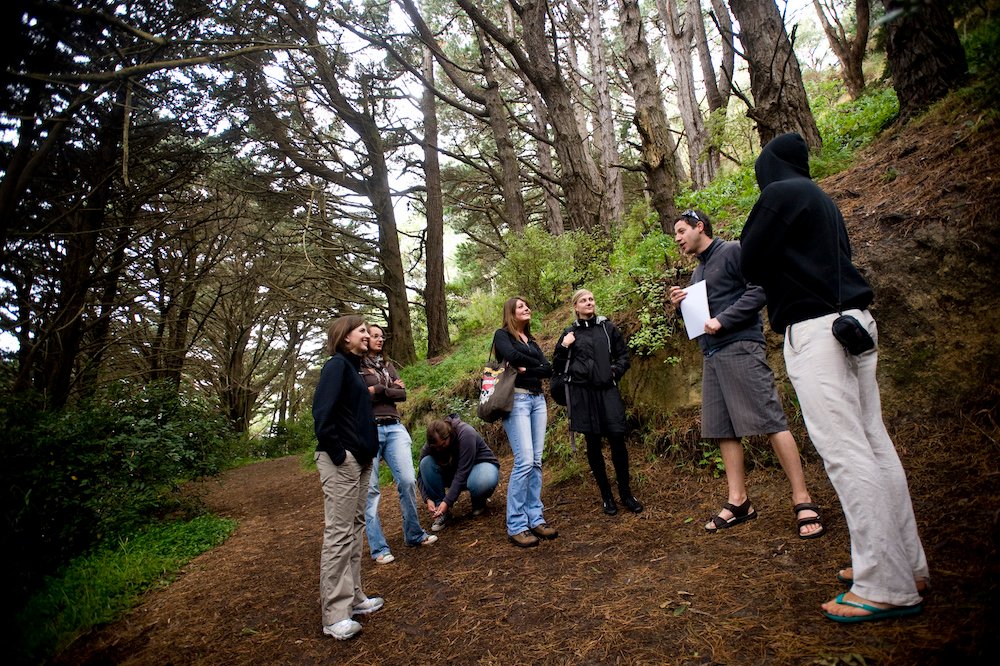 Love Lord of the Rings? Then this is the tour for you. This half day experience takes you to the best locations in Wellington City and gives you the inside scoop on filming locations and more. Your specialist Lord of the Rings guide will show key sites in the film-making process and share exciting facts about them. Are you ready for an adventure?

Itinerary:
Tours depart at 8.3am or 1.30pm. Pickup from Wellington city accommodation is included.

After you meet your guide, it's off to your first stop, Mount Victoria lookout. This is the best place for stunning views across Wellington City and Harbour. You won't believe your eyes! After checking out the view, it's time for a short descent into a pine forest... but this isn't just any pine forest. This is actually where Peter Jackson began the filming of his epic trilogy! You'll see where scenes such as the “Dunharrow Encampment,” “Shortcut to Mushrooms,” and “Race to the Buckleberry Ferry,” were shot, as well as where the iconic “Get off the Road” scene, where the Hobbits hid from the Black Riders took place!

Afterward, you’ll take a short trip to Miramar, the home of the Wellington film industry. Here you'll visit Weta – the company who designed and fabricated almost everything Middle-earth. Your guide will show you the studios and post-production facilities that helped bring these films to screen.

Then, it's to settle in at the Weta Cave where you have a chance to pose for photos with various characters and marvel at the craftsmanship of the sculptures, armor, and weapons on display. Here, you'll also watch a behind the scenes documentary that details the history of the Weta company, from its origins through to present day. And as if that wasn't enough, you'll also have the chance to embark on the “Windows into Workshop” tour. Guided by an actual Weta technician, this tour delves into the process of creating the physical effects for some of the biggest and best movies ever. It will leave you amazed at the vast influence Weta has had on the film industry. You'll understand why locals call the area “Wellywood.” This is also the spot to pick up those essential souvenirs and gifts.

After leaving Weta, you'll finish the tour with a scenic drive around the harbor back to the city.

Half Day Lord of the Rings Tour

Do you operate in any weather?

Yes! Please dress appropriately and be ready for changeable weather.

Are your tours wheelchair accessible?

Unfortunately no. The film locations we visit are off the road and we walk across uneven, unpaved, sloping paths. The tours are not suitable for wheelchairs, walking frames or people of limited mobility.

Do you offer pickups?

We can offer complimentary pick-ups from anywhere within Central Wellington. If you are unsure if this includes your accommodation, please feel free to ask.