Enjoy an epic journey along the world’s most magnificent coastline on this eco adventure that includes sea rafting & a snorkelling stop with the chance to spot Hawaiian Sea Turtles. 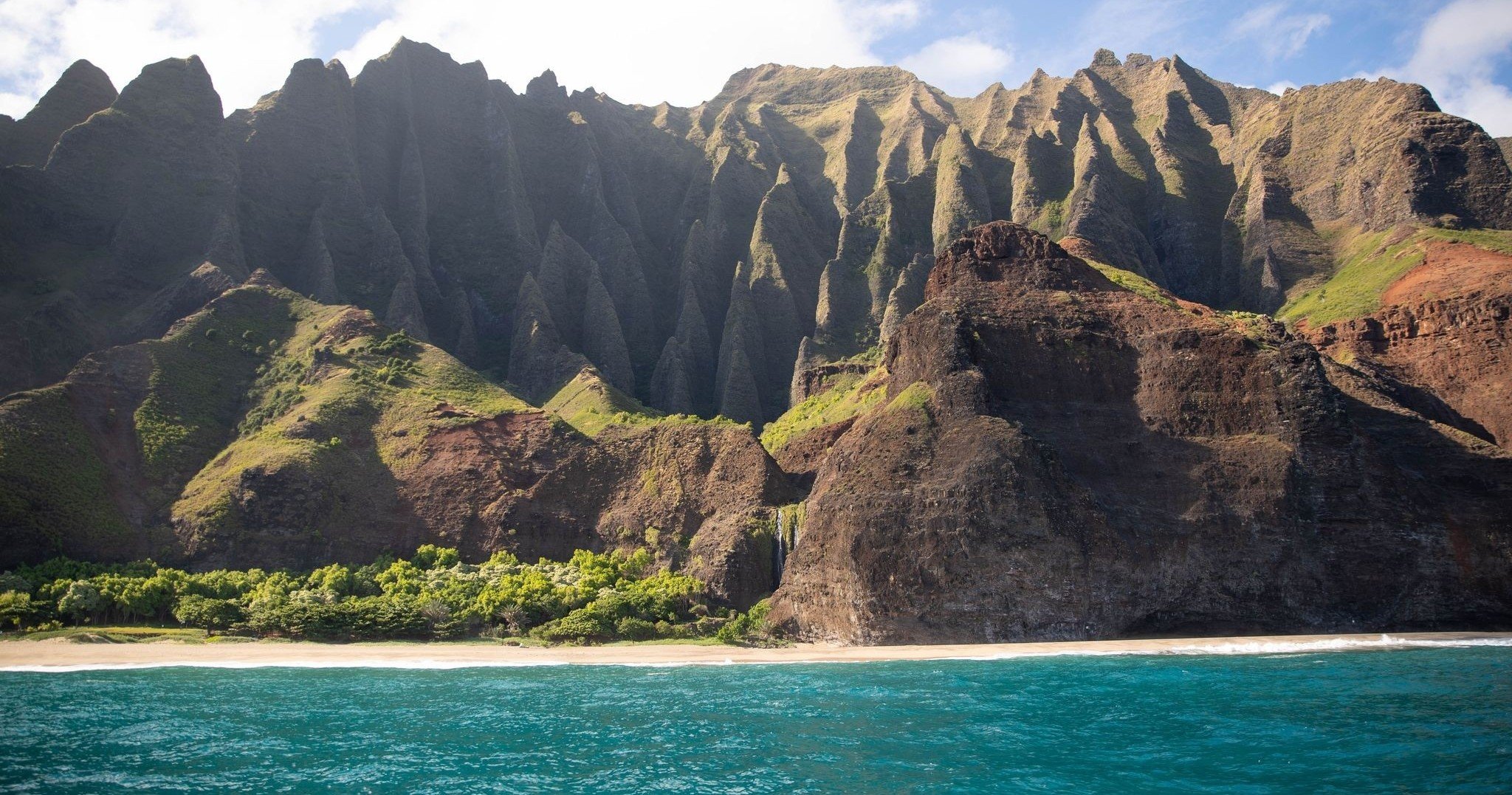 COVID restrictions may apply, please contact the tour operator to check their requirements.

Departing daily from the calm, leeward waters of Kauai's South West side, this sea rafting adventure takes you on a sightseeing and snorkel tour along the breathtaking NaPali Coast on a comfortable luxury super-raft.

The NaPali Coast is one of the most recognizable and beautiful coastlines in the world. The cliffs up to 4,000 feet high provide a rugged grandeur of deep, narrow valleys ending abruptly at the sea. Spanning 17 miles along Kauai's North Shore, the NaPali Coast is a sacred place defined by extraordinary beauty.

The rugged terrain appears much as it did centuries ago when Hawaiian settlements flourished in these deep, narrow valleys, existing only on the food they could grow and the fish they could catch. Extensive stone walled terraces can still be found on the valley bottoms where Hawaiians once lived and cultivated taro.

This fast-paced eco-adventure allows for plenty of time to enjoy the views along the coast from every angle while also exploring its many caves and waterfalls in a way that only this versatile raft can. The journey along this secluded coastline will bring you alongside the majestic cathedrals of Kalalau and playful Hawaiian Spinner Dolphins of Polihale.

The tour also has a snorkelling stop, where you might be lucky enough to come face to face with Hawaiian Sea Turtles and a host of beautiful reef fish. In the wintertime, snorkelling is unavailable due to seasonal winter swells; however, as an alternative, your captain will take you to the very end of the coast to beautiful Ke'e beach, allowing you to see the entire coastline. The captain may also make a detour to see humpback whales during their migration season.

Finally, you'll be travelling onboard the 37-foot Naiad Super Raft, which is so much more than a typical zodiac or raft. This state-of-the-art luxury raft is known for its speed, comfort and stability. You will appreciate the ride and its amenities, including comfortable individual seating with backrests, a large accommodating restroom, a freshwater shower, a  shaded area, and a sturdy swim ladder for boarding the boat after snorkelling.

All guests are provided with a 10 Liter dry bag which has ample space for photography equipment, mobile phones, sunscreen, and other small equipment or necessary medications. Other than what may fit in this dry bag, guests should travel light and only pack what they believe will be needed on board.

All guests should wear shoes that can be easily removed and left in the dock bin, such as slippers/flip flops. Guests should be dressed with the expectation of getting wet, this means boardshorts and swim trunks for men and bathing suits for women as well as any other T-shirt/bottoms etc. that you don’t mind getting wet.

Will I need to swim on the tour?

On our tours, we make a snorkel stop for 30-45 minutes and may also stop to swim elsewhere along the coast if the captain sees that the conditions are acceptable. Snorkelling or swimming is entirely optional but recommended.

How long does it take to reach the NaPali Coast?

After departing from Port Allen harbour, we will be full speed ahead for just over half an hour before reaching the beginning of the Na Pali Coast State Park. This stretch of our adventure takes us past the Robinson Estate, Waimea River Valley, 12 miles of largely open white sand beaches ending at Polihale and the gateway to the Napali Coast. This area is also frequented by pods of Hawaiian Spinner Dolphins. You will also find yourself exhilarated by the full power of the Kaua’i Voyager I super-raft.

What is provided onboard?

Each guest will be provided with a 10-litre dry bag for their belongings. Space is always limited on boats so please ensure you bring only what clothing articles, medications and personal effects you will need. Also included is a full set of snorkel gear and fins for each guest participating in our snorkel adventure, although personal fins and masks are welcome. Light snacks (energy bars, sweets treats, trail mix), as well as ice-cold seltzer water, sodas, ginger ale and water, are provided. All portions are individual sizes. This is an action packed eco-adventure tour and not a booze cruise. We encourage you to participate in and enjoy this once in a lifetime experience with a clear mind.

What if I get seasick?

Our tours are the smoothest available and seasickness is uncommon, but the far reaches of the NaPali Coast can still be a bumpy ride. Guests who are concerned with seasickness should take a medication recommended by their physician as directed.