This incredibly popular tour is a fantastic and convenient way to see some of Oahu's highlights, including Pearl Harbor and the Arizona Memorial. 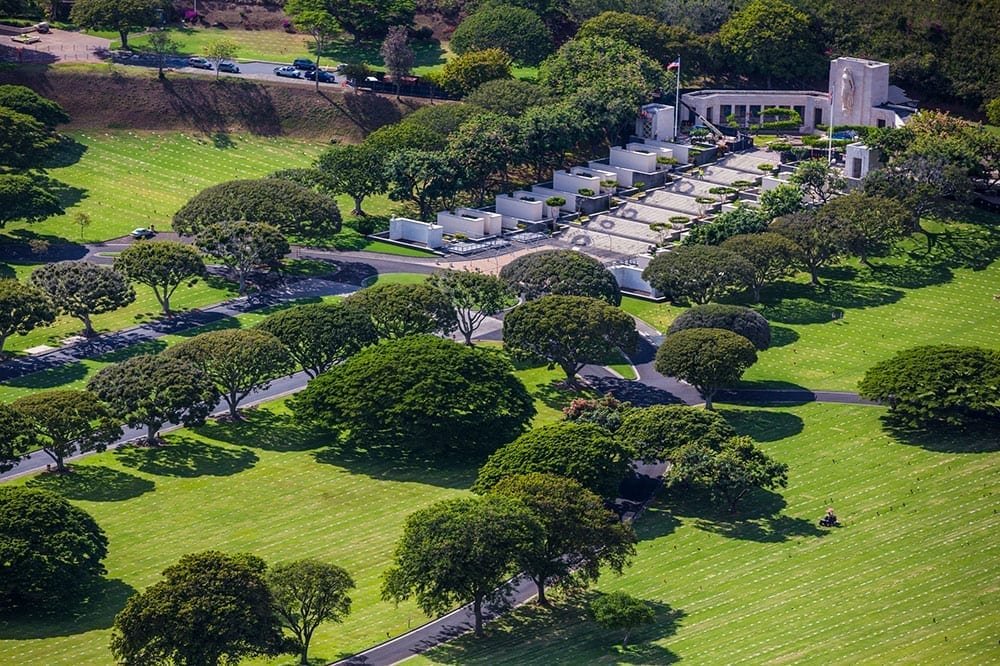 Enjoy the absolute best of Pearl Harbor and Honolulu on this combo tour experience. It's great value, incredibly popular and is an ideal family tour as well as one popular with couples seeking the comfort and carefree benefit of a professionally narrated tour aboard an air-conditioned, deluxe tour vehicle.

Visit the famed Pearl Harbor Visitor Center, where you’ll witness actual film footage of the attack, view historic galleries and displays, and find yourself taken back in time to a period of conflict that brought the United States directly into battle, forging its role in eventually concluding it following years of combat.

Then, travel aboard a US Navy vessel to the Arizona Memorial, which was designed by the architectural team to be situated directly above the actual USS Arizona battleship without resting on the sunken ship. The ship is the final resting place of many of the 1,177 officers and crewmen who were lost during the attack.

Along with your Pearl Harbor visit, you’ll view the beauty and solemnity of Punchbowl Cemetery, officially known as the National Memorial Cemetery of the Pacific, located in an extinct volcano. From the comfort of your tour vehicle, view the dignified beauty of this location, and pay homage to those in the US Armed Forces whose lives were lost in the service of their country.

As the drive continues, you'll also pass other significant sites and historical landmarks, starting with Iolani Palace. This building was the residence of the Hawaii Kingdom royalty between 1845 and 1893. As the only royal palace on US soil, it employs architectural style seen no place else. Its “American Florentine” design was created using brick with concrete facing, with ornamental plaster interior.

See the Kawaiahao Church and Mission Houses, sometimes referred to as “Hawaii’s Westminster Abbey”, it was the chapel of the royal family. It’s the oldest church on Oahu, and the Hawaiian language is still used during portions of services.

Next is the Hawaii State Capitol, which houses the governor’s office and the state legislature. The American adaptation of the Bauhaus style of the building provides a dramatic contrast to the well-preserved historic buildings located just blocks away.

Then, Honolulu Hale translates as “Honolulu building” in the Hawaiian language. It houses the mayor’s chambers and is the seat of the government of the City and County of Honolulu.

Finally, the King Kamehameha Statue is seen in pictures around the world as an archetype of Hawaii’s regal past. The statue honours the monarch who founded the Kingdom of Hawaii and is one of the “must-see” sites included in the tour.

Looking for a more in depth tour with more access to various museums including a submarine and a battleship? Check out our full day World War II Deluxe Pearl Harbor Tour!

What can I bring?

What is not allowed?

Are there storage lockers?

The novel coronavirus, COVID-19, has been declared a worldwide pandemic by the World Health Organization. COVID-19 is reported to be contagious. The state of medical knowledge is evolving, but the virus is believed to spread from person-to-person contact and possibly by contact with contaminated surfaces and objects or in the air. People reportedly can be infected and show no symptoms and therefore spread the disease. The exact methods of spread and contraction are unknown, and there is no known treatment, cure, or vaccine for COVID-19. Evidence has shown that COVID-19 can cause serious and potentially life-threatening illness and even death.

The Operator cannot prevent you [or your child(ren)] from becoming exposed to, contracting, or spreading COVID-19 while utilizing its services or premises. It is not possible to prevent against the presence of the disease. Therefore, if you choose to utilize The Operator's services and/or enter onto The Operator's premises you may be exposing yourself to and/or increasing your risk of contracting or spreading COVID-19.