Spot whales off the coast of Hawaii! 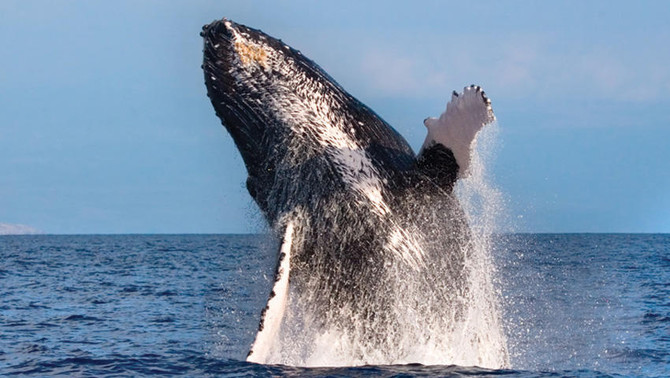 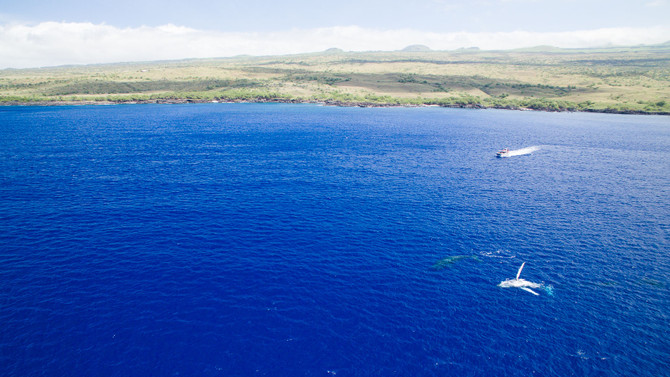 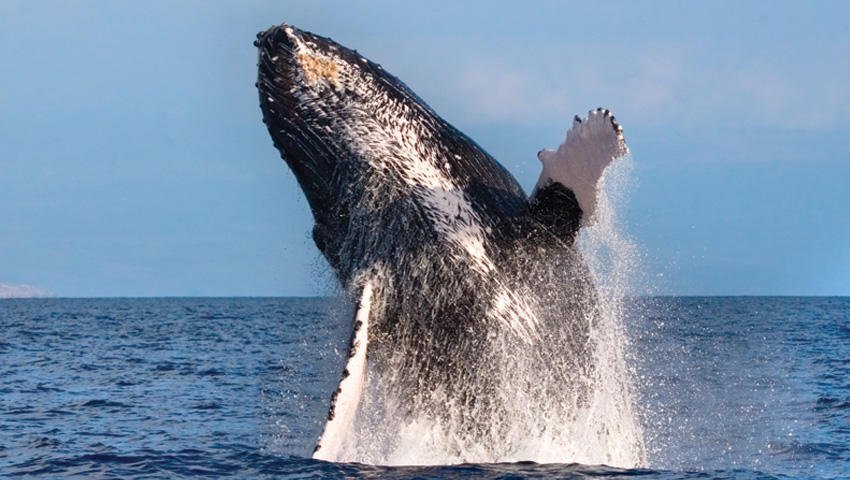 Hawaii is the only place in the United States where humpback whales mate, calve, and nurse their young. Every December through April, thousands of humpback whales migrate to the warm waters of Hawaii. Join this tour to spot these beautiful mammals on an exciting eco-friendly whale watching excursion. These trips are dedicated just to whale-watching. You can choose the morning tour on a powerboat or the afternoon tour on a sailing catamaran.

The humpback whale is an endangered species as a result of commercial whaling. In 1993, 4,000 of the 6,000 remaining whales in the North Pacific Ocean came to Hawaii. After the international ban on commercial whaling, North Pacific humpback whale populations increased to about 21,000. At least half to two-thirds of these humpbacks frequent Hawaiian waters during the winter months.

At birth, whale calves can weigh up to 3,000 pounds and are between 10 and 15 feet in length. As they mature, adult humpback whales can reach up to 40 feet in length and weigh over 40 tons. They have plate-like bristles known as baleen in their mouths instead of teeth and feed on krill or schools of fish. Because they're so big and love jumping out of the water, you can easily spot these incredible mammals on a whale watching tour!

Be whisked away on the powerboat, Sea Dreams II to see marine wildlife such as dolphins and turtles year-round, or whales during whale season December through April. Sightsee along the stunning Waianae coastline and enjoy a fast and fun powerboat ride. The cruise includes dry snacks, soda, juice and water. The sailing catamaran Spirit of Oahu offers a slower ride and less chance of getting wet during the afternoon tour.

Seasonal differences: Whale watching is from DECEMBER through APRIL. Dolphins & turtles can be seen year-round.

Wildlife guaranteed: If you don't see marine wildlife, come back again one more time for free! (Re-rides only, no refunds. A re-ride is on a trip of equal or lesser value).

Where does this tour depart?

Am I guaranteed to see whales?

Yes, from December to April.