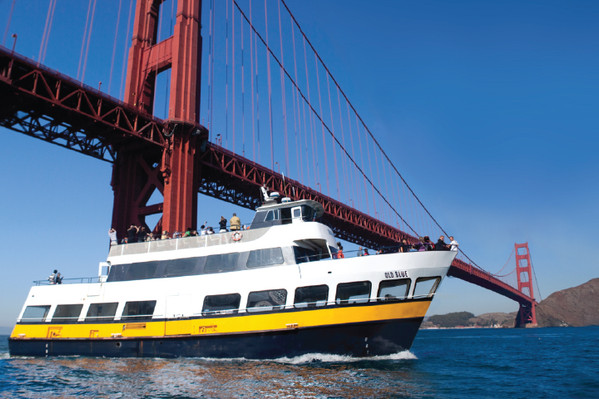 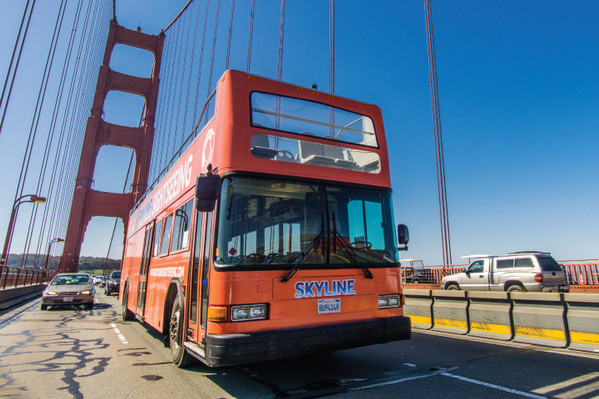 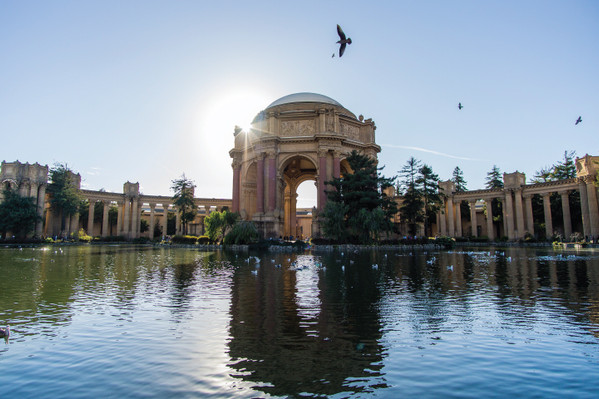 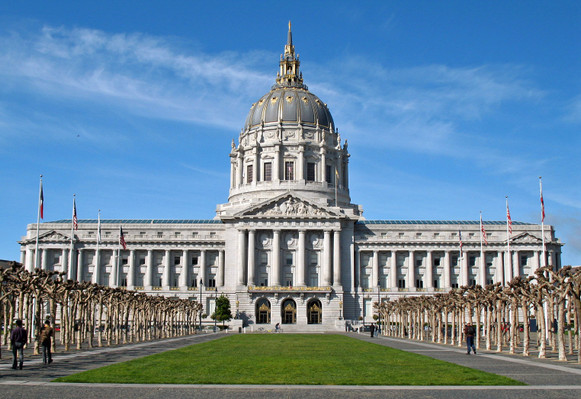 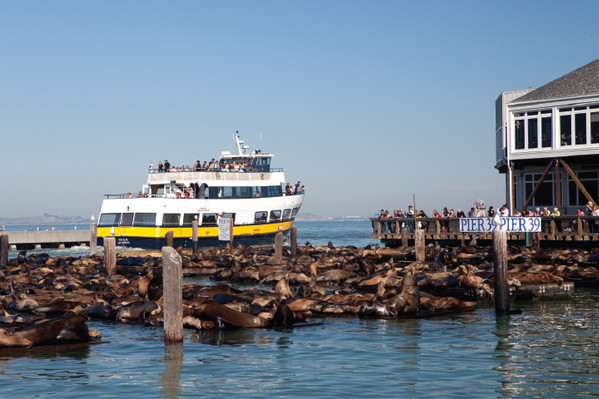 Get to know San Francisco with this combo tour that includes a 1-Day Hop-On Hop-Off City Tour and a 1 hr San Francisco Bay Crusie. It's a brilliant way to orient yourself, visit the key city sites and attractions, and enjoy everything this brilliant city has to offer.

Jump on board the double-decker bus for your hop-on hop-off tour. Your ticket is valid for 24 hours, and the entire route takes 2 hours, with fun and informative audio commentary along the way. It provides the best views of San Francisco's iconic sites, so make sure to bring your camera, as there will be plenty of photo opportunities to commemorate your visit to the city by the bay.

Plus, you can get off and explore at any of the 16 stops along the route. Highlights include the Golden Gate Bridge, where you can cross or visit the Presidio and its former Military establishments. There's also a stop at Golden Gate Park, an exciting place to see several museums and attractions such as The Conservatory of Flowers, The California Academy of Sciences and the San Francisco Botanical Gardens.

Other destinations include Ghirardelli Square, which has over 40 shops and restaurants, including the Ghirardelli Soda Fountain & Chocolate Shop, which is world-famous for its ice cream sundaes. The Palace of Fine Arts was built for the World Fair and has been a favourite wedding location for couples throughout the San Francisco Bay area. It's also a popular location for many festival celebrations, orchestras and events. Then head to Haight/Ashbury, more commonly known as the “Hippie District”, thanks to maintaining its Summer of Love feel with its numerous shops and murals dedicated to the 1960s.

Stop at City Hall/Civic Centre for great photo opportunities and the nearby Opera House, Symphony Hall and Bill Graham Civic Auditorium. Then, spend time in Union Square, the central shopping district in San Francisco, featuring Macy’s, Tiffany’s, Neiman Marcus, Victoria’s Secret, Saks Fifth Avenue, and hundreds of other major retailers. Shop up a storm for yourself, or grab some souvenirs for your friends and family.

Finally, make sure to visit Fisherman’s Wharf. This iconic landmark is located on the northern waterfront. It is best known for Pier 39 (shopping, restaurants, sea lions and much more), San Francisco Maritime National Historical Park, the Cannery Shopping Center, Alcatraz Landing, and many other attractions.

This is a fantastic day out for the whole family and an easy and convenient way to explore a new city.

Then, jump on board the Bay Cruise, a San Francisco must-do. After boarding the boat at Pier 39 in Fisherman's Wharf, the famous San Francisco sea lions will be on your right. Heading West towards the Pacific Ocean, there are incredible views back towards the city, first of Fisherman's Wharf and Aquatic Park, then Fort Mason, Marina District, Pacific Heights, Crissy Fields and the Presidio.

For most people, the highlight is cruising underneath the Golden Gate Bridge, an experience never to be forgotten. After views of the Pacific Ocean, Baker Beach, Seacliff and Marin County, we head back towards Alcatraz, completing a full circle of the famous prison, followed by some excellent views of the Bay Bridge, San Francisco Downtown, and the San Francisco Hills. It's the perfect way to spend an hour on the water with Captain Nemo and his crew reliving 150 years of the celebrated San Francisco coast.

How does Hop-On Hop-Off work?

The Hop-On Hop-Off tours are running frequently on the same routes every day between 9:00 am and 5:00 pm. You can hop on and hop off the bus as often as you like at 20 stops along the route and explore many attractions in the area. You can choose from various ticket options for either 1 day or 2 days which gives you the most flexibility of exploring San Francisco at your own pace.

If the bus is full will there be another bus?

There will not be another bus at the same departure time, but our buses run frequently so that you should find a seat on the next bus right afterwards. Please check with the driver and/or tour guide for scheduled departure and stop times on the day you travel.

Am I guaranteed a seat on the Hop-On Hop-Off tours if I already have a ticket?

Our seating is available on a first-come-first-serve basis. We do increase our departures during the peak season to accommodate all our customers comfortably, but unfortunately, seating can not be guaranteed for any specific departure or pick up location.

Other Policies Many tours include free San Francisco pick up and drop off from most Central San Francisco hotels. (Alcatraz tours do not include drop off after the tour, as the return time is flexible) It is your responsibility to ensure you are in the correct pick-up location at the correct time as stated on your confirmation. Duration of tour based on approximation. The actual duration may vary. Tour guide gratuity at passengers discretion and not included. We reserve the right to alter, modify or cancel a tour due to bad weather, unsafe conditions or at the request of governmental, park, & state agencies. We assume no responsibility for injuries, delays caused by breakdowns, accidents, adverse weather conditions and other conditions beyond our control. We are not responsible for any loss or damage to property. Alcatraz Tours - Times of tour packages that include Alcatraz may vary. The Alcatraz portion of the tour may be scheduled before or after the bus tour. Exact departure times for Alcatraz may vary daily depending on availability. Alcatraz tickets are only available as part of a tour package. Tickets may not be sold without a tour package due to restrictions set by the National Park Service.

Cancellations - Full refund outside of the 72-hour tour date period. Tours cancelled from 72 hours to 24 hours of departure date will be charged a $25 / person administration fee. Tours cancelled less than 24 hours before tour date and "no-shows" on the day of the tour will not be refunded. Please check your confirmation clearly to ensure you have the correct date you wish to conduct the tour Full refund if the Operator cancels the tour.